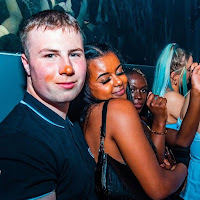 Right off the bat I'll cop to cheating a little on this mix. There's two songs from 2021 that I neglected to find last year (I know, right? How can such a thing happen?) and I'm including them here for no other reason than they're all kindsa awesome.
Of course, "all kindsa awesome" describes the other 22 songs as well. Seems that as soon as I start to despair that my antiquated rockist preferences are outmoded, old fashioned, and/or laughably out of date, a new batch of young bands shows up to casually storm the Bastille. So as much as rock n' roll may already be a desiccated corpse lying in an open coffin, it turns out all you gotta do is shoot some electricity through it to keep that carcass moving.
Do You Think It's Better Not Feeling Any Of This At All?
1. C0urettes Talkin' About My Baby
2. Beach Day Saturday Night
3. R00ni Indigo
4. Peter D0novan This Better Be Good
5. The Spark1ers Late Great Saturday Night
6. Dr. B00gie You're Not The Only One
7. Bandit0s Time Wasted
8. The Sweet Things Ride It Home
9. Gyasi Black Strap
10. Spira1 Stairs Pressure Drop (End of the Hurricane)
11. R0wan Nothing's Gonna Change
12. Dirty F1ix I Agree
13. Michae1 Monroe Can't Stop Falling Apart
14. The G00n Sax In The Stone
15. Pkew Pkew Pkew Mom's Dime
16. Extra Arms Big Dogs
17. Dirty Bynum I Don't Wanna Be Alone
18. Sunf1ower Bean Baby Don't Cry
19. Go1d Star Cherry Red
20. Shanda & the How1ers Whatcha Gonna Do Now?
21. The Interrupters My Heart
22. Supercrush Perfect Smile
23. Bishop's Daredevi1 Stunt C1ub Hold You Up
24. The Lings Neverending Lonely Rush M.A.
Posted by Roy Pearl at 5:03 PM No comments:

This is pretty much a typical UHM summer mix in that the season itself isn't necessarily summoned in the lyrics as much as the overall sound. That sound can perhaps best be described as blissfully melancholic reflection, which doesn't always equate to mellow or introspective. As well, these mixes usually pull tunes from all over the last 50 years of music, searching to uncover those half-forgotten buried masterpieces of previous eras. Or, to put it simply, it's a mix to complement that icy cocktail in the sweltering heat.

Slipped The Last Of His Cash In The Music Machine

Email ThisBlogThis!Share to TwitterShare to FacebookShare to Pinterest
Labels: 2022, summer 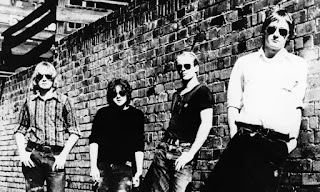 When it comes to losing one's idols, this has been a rough first quarter to the year. Bad enough that Pat Fish (aka the Jazz Butcher) shuffled off his mortal coil far too soon, but the recent death of Chris Bailey on top of that was a total gut punch. I fell in love with that first Saints album on its initial release. The combination of Ed Kuepper's assaultive guitar and Bailey's charismatic rasp (which was somehow both flat AND tuneful) hit me right between the eyes. I remember sneaking side one on at a house party in small town British Columbia in 1977 and even though my fellow revelers were a million times more into Steve Miller and Fleetwood Mac that didn't stop the entire party from literally pounding the walls for all five minutes of "Messin' With The Kid." Definitely one of those moments that rivals anything referenced in Roy Batty's dramatic "tears in the rain" speech at the climax of Blade Runner.
RIP Chris Bailey, Pat Fish, Mark Lanegan, Ronnie Spector, King Louie Bankston (Exploding Hearts), Rachel Nagy (Detroit Cobras), Betty Davis
Don't Need No Weatherman To Know Who Doesn't Give A Damn
1. Simon L0ve You and Me
2. Mattie1 Subterranean Shut-In Blues
3. Wet Leg Wet Dream
4. Swami J0hn Reis I Ain't Your Pawn
5. H00doo Gurus Carry On
6. Sp00n The Hardest Cut
7. Pink M0untaintops Nervous Breakdown
8. D0pe Lemon Rose Pink Cadillac
9. King Hanna All Being Fine
10. Buzzard Buzzard Buzzard Break Right In
11. Y0ung Guv Lo Lo Lonely
12. He11acopters Tin Foil Soldier
13. Faz Wa1tz Shame On You
14. Diam0nd Dogs Alright Brutus, I'm On
15. Urge 0verki11 Freedom!
16. Cheap Star Holding On
17. F0xy Shazam Love Rush Ecstacy
18. Beechw00d Front Page News
19. The Linda Lindas Growing Up
20. J0n Spencer & the HITmakers My Hit Parade
21. The Dip Paddle to the Stars
22. Beachheads Break Right In
23. Ex-V0id (Angry At You) Baby
24. Gaso1ine Who's Gonna Stop Me?
25. Ceramic Anima1s Tangled
26. The Jazz Butcher Goodnight Sweetheart
Posted by Roy Pearl at 4:57 PM 2 comments:

Well dern, that was a loooong search. It's a little frustrating too, because I know there's a ton of bands out there trying to get noticed and simply disappearing in the glut of overwhelming everything that is the internet. But what can ya do? That's not going to change - and we'd all probably complain loudly if it did.

So big thanks to all the bands out there still trying. You're appreciated. And while I'm handing out thank-yous, I should also tip my cap to those who've stuck around, especially those who have ever posted in the comment section. Some days that's all that keeps me going. Appreesh!

A Computer That's Been Programmed to Dream 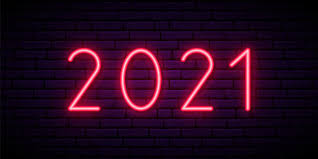 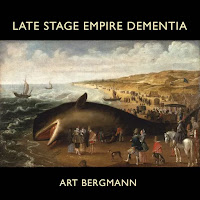 He's been a hard luck legend of the Canadian underground for 40 years now, and while it's something of a surprise this album exists at all I can't say it's any surprise that it's so effin' excellent. 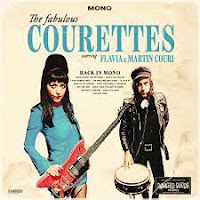 2. The Courettes Back in Mono

The echoed drums, baritone sax deep in the mix & girl group melodies wed Spector's Wall of Sound with the raggedy looseness of 60s garage punk. A triumph all around. There's a layer of melancholy lying just underneath the driving guitar buzz that lends these highly melodic tunes an impressive staying power. Technically only an EP, but match it with the previous year's "The Piss, The Perfume" and you've got an album for the ages. 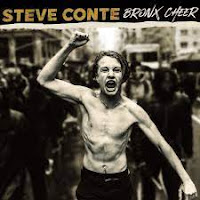 An album that not only screams New York, but also offers - in its barrage of hard rock hooks - testament to the reasons why Conte was first choice as Johnny Thunders' fill-in in the reformed New York Dolls. 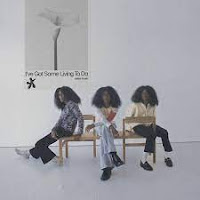 5. Jelani Aryeh I've Got Some Living To Do

Precociously talented at such a young age, Jelani Aryeh grabs pieces from pop, soul, R&B, and indie and puts them together in refreshingly original ways. 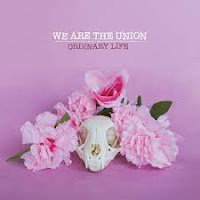 6. We Are The Union Ordinary Life

There are layers of social, political, and lyrical reasons to appreciate this album, but none of that would matter much if the music (a quantum leap forward for both ska-punk and pop-punk) didn't pack such a punch. 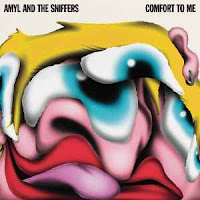 7. Amyl and the Sniffers Comfort To Me

While Amy Taylor still doesn't exactly sing, she chants and rants with a charisma that sits perfectly amid the band's ACDC-meets-Radio Birdman attack. And while it's understandable she gets tagged as a female Iggy Pop, it's also evident that she's powered by a more righteous anger than any male counterpart might muster. 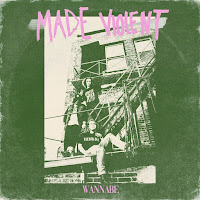 Every now and then I'll find a small miracle - in this case, garage punk with an infectious 50s sock hop sensibility in its melodic construction - that forces me to champion the band as an underdog. Will we ever hear from them again? Who knows. In the meantime, we've got "Wannabe." 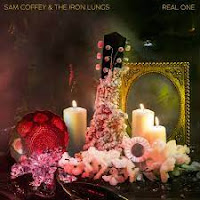 A declarative reminder this kind of music is far too scarce. Not metal, not punk, not indie or alternative - no need for a hyphenate at all - just melodic, aggressive, proudly electric rock that refuses to leave my player. 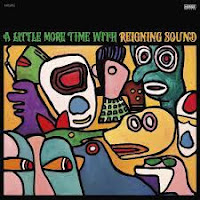 Reaches back to their first 2 albums (the pedal steel of "Break Up Break Down" and the garage punk R&B of "Time Bomb High School") and creates what might be their crowning achievement.

Wishing everyone a happy holidays!

And maybe, just maybe, a bit of normalcy in the New Year!

Kick Rudolph In The Nuts

Email ThisBlogThis!Share to TwitterShare to FacebookShare to Pinterest
Labels: 2021, Xmas 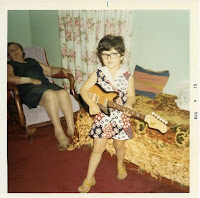 This marks the last of the faves mixes for 2021, and I'm still fairly optimistic that there'll be enough late finds to constitute an orphans mix not too long into next year. Now, I'll admit that optimism stems from nothing other than the tingling of my spidey senses telling me I missed some gems... but these days I'll take optimism from anywhere I can get it.

Additionally, this mix contains what might be my song of the year. I'm not going to contaminate the listening experience by identifying it, but I'm curious if the UHM regulars out there share the same fave. Let me know your choice in the comment section.

Don't We All Need Some Time To Unwind