The strangest aspect of Bob Forrest's career trajectory - from leader of the anarchic Thelonious Monster to semi-celeb counselor on Dr. Drew's rehab series - is just how perfect he's been in both roles. As a counselor he emanates empathy and a hard-won wisdom that has little tolerance for bullshit, while in his previous career as a band leader/songwriter he'd turned those same traits on himself, minus the empathy, which resulted in a sort of public self-flagellation for all his perceived failings as a human being. That probably contributed to a difficult existence for Mr. Forrest, but it made for some astounding music.

Thelonious Monster debuted in 1986 with the album Baby... You're Bumming Me Out In A Supreme Fashion on the then fledgling Epitaph label. Their following two albums, Next Saturday Afternoon and Stormy Weather, saw the band refining their sound, with Forrest's lyrics transcending mere cynicism by mining his own psyche with an unflinching, near-masochistic honesty. The band's major label debut in 1992, the aptly titled Beautiful Mess, was predictably a commercial disappointment. That was the height of the grunge era, and even if Forrest's sensibility wasn't far removed from Kurt Cobain's, the music certainly was - the album incorporated whimsical folk rock, Joan Armatrading covers, and a barroom lament featuring Tom Waits.

That was the end of Thelonious Monster... sort of. They reunited 12 years later and released the awesome California Clam Chowder album, consisting entirely of songs titled after bands that influenced the sound of each particular song (ie: "The Elton John Song", "The Joy Division Song", "The Beck Song" - there was even one called "The Thelonious Monster Song"). Naturally, that album didn't make a dent anywhere. I'm sure I'm probably on some F.B.I. watch list for buying it.

In between go-rounds with the Monster, Forrest formed the short-lived band The Bicycle Thief and put out the excellent You Come And Go Like A Pop Song (first released in 1999, but more widely re-released with different tracks in 2001). It's included on this blog's Best Of the 00's mix and is arguably the finest release of Forrest's career, featuring a selection of uniformly strong songs and (finally) a sympathetic production.

Since then, he put out a single solo album in 2006 called Modern Folk and Blues: Wednesday, which is mostly acoustic cover versions of unlikely songs, such as Guns 'n' Roses "Welcome to the Jungle" and Springsteen's "Born To Run". The few original songs are typically excellent. He also had a song featured on the I'm Not There soundtrack, and he continues to release music on his website (you'll find piles of Forrest solo stuff there as well as Thelonious Monster tracks).

And, lastly, I've got to add that Forrest's appearance on those Dr. Drew shows represents, to me, the triumph of the underdog. He has been an artist I've always followed, always respected and supported, and the fact that he can probably pay rent these days means we can score one more for the good guys.

This Is Not A Song For the Clear-Skinned Blondes

Email ThisBlogThis!Share to TwitterShare to FacebookShare to Pinterest
Labels: samplers 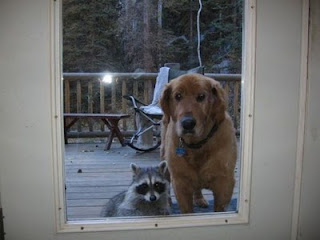 The final volume of my favorite songs from 2010, all of which can be found right here.

This mix is further evidence that, despite what the mainstream charts and their indie counterparts would lead one to believe, there's a golden age of music happening right now. You just have to dig a little harder to find it under all the noise.

My only remaining chore for 2010 is to come up with the year's top 20 which, given the awesomeness and awesomosity of the last twelve months, is gonna be an even tougher task than last year's. And a quick note: the apostrophe in The Record's is not a typo; this is not the same band as the late '70s power poppers, but a similarly inclined crew from Italy.

1. The Jim Jones Revue High Horse
2. My Jerusalem Sweet Chariot
3. The Posies Cleopatra Street
4. Throwback Suburbia Private Oasis
5. Flashy Jacks & the All Nighters Sweet Anne
6. Young Rebel Set Walk On
7. The Shilohs Carolina
8. Bobby Bare Jr. Your Goat Is On Fire
9. The Dirty Novels Candy Can't Wait
10. The Sugar Stems Black And Blue
11. Cheap Time When Tomorrow Comes
12. Jaill Demon
13. Two Cow Garage Sally, I've Been Shot
14. Luke Doucet Monkeys
15. The 88 Dead On The Water
16. The Gay Blades Try To Understand
17. Asa Be My Man
18. The Record's We All Need To Be Alone
19. You Am I Trigger Finger
20. The Parting Gifts Shine
21. The Booze Cut My Heart Out
22. Marah Muskie Moon
Posted by Roy Pearl at 1:51 PM 2 comments: