Not That Kind Of Girl

Here's a close cousin to the All Kindsa Girls mix from early in 2015. The theme is fairly obvious - maybe a little too obvious, because there's so many awesome "girl" songs to pick from that I've got a Volume 2 (which even kicks off with a whole different song called "Not That Kind of Girl") compiled already. It's not too late for suggestions though. In fact, I'd appreciate it because, in the realm of the obvious, I feel like some of the most obvious are eluding me.

Email ThisBlogThis!Share to TwitterShare to FacebookShare to Pinterest
Labels: theme

Last week, the Tragica11y Hip's last show snuck up on me. I don't mean that I didn't know it was coming; I mean I didn't fully realize the magnitude of meaning the event would have on me. As the show began, I told my girlfriend (who is American) that I didn't know much of the band's music, and explained that for me they were like Pearl Jam or REM: all long-lived bands that followed their own peculiar muses with little consolation to the mass market and earned my respect more than my fandom. Nothing wrong with any of them, but I'm not getting the tattoo. And then, as the concert continued, I realized how many of the songs weren't just songs I knew, but songs that seemed part of my DNA.

This will not be a mix for Canadians. These songs most will already know all too well. These songs are the reason the band's final concert was such a big deal it facillitated the national broadcaster to postpone their coverage of the Olympics to air the entire show, uninterrupted and sponsor-free. These songs are why an entire nation was forced - relunctantly, tragically, and ultimately jubilantly - to come to terms with their own mortality as vocalist Gord Downie faced his own grim diagnosis so valiantly. These are the tracks that your typical Canadian will roll their eyes at while complaining that I forgot "Blow at High Dough" or "Nautical Disaster" or "place favorite Hip song here."

But these are also the songs that will be revelatory to people who are new to the band and remain kinda confused by it all - and that's who it's aimed at. If you find nothing here to like, then go no further. If, on the other hand, you find an entry point or two, then there's a 30 year discography to dig into. Take it slow and - as an entire nation learned so profoundly - enjoy every fleeting minute while you do.

One Nation Under Gord

Email ThisBlogThis!Share to TwitterShare to FacebookShare to Pinterest
Labels: samplers 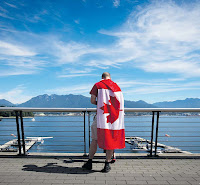 On the occasion of BC Day, August 1st, 2016, the Un-Herd Music presents a hastily assembled mix of artists hailing from the great province of British Columbia. I'm sure there's a bunch of omissions I'll remember tomorrow, but this isn't meant to be any kind of organized comprehensive best-of anyway. Maybe it'll become an annual event.

I Think We Can Overlook That Tonight

1. The Smugg1ers Vancouver BC
2. Mark K1einer Power Trio So Good To See You
3. The Yoko Casionos Cigregrettes
4. Jody Burch Rock & Roll Karma
5. Pink Mountaintops Through All The Worry
6. Sons of Freedom Super Cool Wagon
7. Art Bergmann (She) Hit Me
8. Rich Hope & His Evi1 Doers Sweet Vanilla
9. Vea1 Everybody Wants More Cocaine
10. Need1es//Pins Outta This Place
11. Jerk With a Bomb Those Hard Wrecks
12. Chains of Love In Between
13. The Manvi1s Pretty Bleed
14. John Ford Bullets For Dreamers
15. Jung1e Come Into My Life
16. New Pornographers The Slow Descent Into Alcoholism
17. Rat Si1o Oh, Fuck Off Tony
18. Pure Denial
19. S1ow Have Not Been The Same
20. Bum Bent on Being Bent
21. Grapes of Wrath Good To See You
22. The Circus in F1ames Down on the Fraser
Posted by Roy Pearl at 10:28 PM 6 comments: